Biographical Sketch:
William R. Feasby was born in Listowel, Ontario, in 1912. Following completion of his B.A. in 1934 at the University of Toronto, and his M.D. in 1937 at the University of Toronto Medical School, Feasby interned at Toronto Western Hospital from 1937-1939. Later in 1939 he joined the No. 15 Canadian General Hospital, and went overseas in 1940, serving as medical specialist in gastroenterology at No. 15. In 1941, he was invalided home from England to receive treatment for a disease of the cornea. The following year he joined the Army Medical Research Team in Ottawa, specialising in respiratory disease, where he remained until 1944. From 1944-1946 he served as Editor of the Journal of the Canadian Medical Services, and also worked as Medical Assistant to the Superintendent at Toronto Western Hospital until 1952. At this time, he became a member of the Royal College of Physicians and Surgeons of Canada as a Specialist in Internal Medicine. He began practising as a specialist in internal medicine at the Medical Arts Building in 1945. At this time, he was appointed special lecturer in the Department of Physiology at the University of Toronto, and was also appointed Army Medical Historian. In the 1940s, he became the editor of Modern Medicine of Canada and the Ontario Medical Review. Feasby lectured on hospital administration to the School of Hygiene in 1948, and became the Medical Director of the Canadian Diabetic Association in 1952. In 1953 and 1956 respectively, volumes one and two of his Official History of the Canadian Medical Services, 1939-1945 were published. From 1960-1966, Feasby gathered material for his projected biography of Dr. Charles Henry Best. Dr. Feasby died in 1970.

Source of title:
Title based on contents of collection

Source of acquisition:
Given to the Thomas Fisher Rare Book Library by the Canadian Diabetes Association in 1983 and 1985. Papers had been given to the Association by Mrs. Margaret Feasby, widow of William R. Feasby.

Arrangement:
The collection arrived at the library in random order and was sorted by the Library. 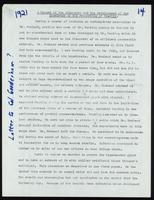 C. H. Best: a report of the discovery and development of the knowledge of the properties of insulin 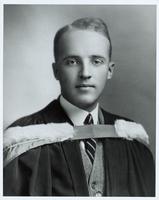 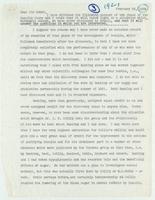 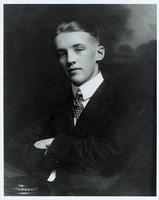 Photograph of Charles Best as a young man ca. 1918